How To Reset Your Garmin

I needed to reset my Garmin 1390 GPS unit, before giving it to a friend, to erase all of my personal data.  I found out there is a nice factory reset function which will clear all user data.

To factory reset your Garmin:

I also found that if you do the same thing but press and hold the upper left of the touch screen, it will re-calibrate the touchscreen.

Email ThisBlogThis!Share to TwitterShare to FacebookShare to Pinterest
Labels: gadgets

NHTSA posted a press release on its web site which explains its recent test results with Chevy Volt batteries.

In an effort to recreate the May test, NHTSA conducted three tests last week on the Volt's lithium-ion battery packs that intentionally damaged the battery compartment and ruptured the vehicle's coolant line. Following a test on November 16 that did not result in a fire, a temporary increase in temperature was recorded in a test on November 17. During the test conducted on November 18 using similar protocols, the battery pack was rotated within hours after it was impacted and began to smoke and emit sparks shortly after rotation to 180 degrees. NHTSA's forensic analysis of the November 18 fire incident is continuing this week. Yesterday, the battery pack that was tested on November 17 and that had been continually monitored since the test caught fire at the testing facility. The agency is currently working with DOE, DOD, and GM to assess the cause and implications of yesterday's fire. In each of the battery tests conducted in the past two weeks, the Volt's battery was impacted and rotated to simulate a real-world, side-impact collision into a narrow object such as a tree or a pole followed by a rollover.

So in short, NHTSA is crashing Volts with  very specific protocol--a narrow pole, which will cause severe deformation/penetration of the body structure, followed by a rotation to simulate a rollover.

The batteries aren't catching on fire right away, rather they seem to take some time to build up heat.

I don't think there is anything to worry about, yet.  First, this is a very specific and severe type of crash, and second, it takes hours or days before the battery self-heats to the point of fire.  As NHTSA and GM both point out, no on-the-road accidents are known to have caused battery fires.

However, GM apparently was late to the game, by not developing beforehand a procedure to discharge (and render safer) the Volt battery.  They are now rolling this procedure out to first responders, who need to know how to neutralize a charged lithium ion battery after a severe accident.

Posted by Unknown at 2:36 PM No comments:

This is a review of the Davis Industires CarChip Pro . 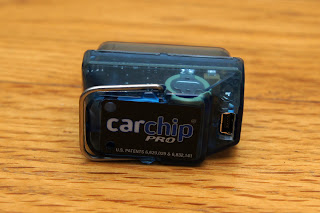 The CarChip is a small device which plugs into your vehicle's OBD-II port, and acts as a datalogger.  It can record vehicle speed every second, and up to 4 other items at a slower rate of one sample every 5 seconds. Retail prices are around $80.

The device is simple to configure.  Once you install the software (which worked fine on Windows 7), and plug the CarChip in with a mini-USB cable (included), a step-by-step configuration walks you through the initial setup. 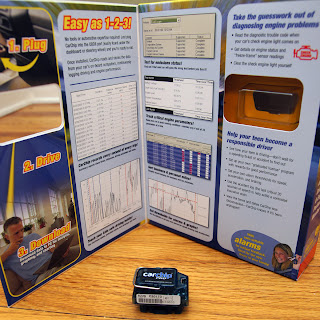 For example, you can choose to record 4 parameters at every 5s, from a choice of several standard OBD-II parameters, including engine speed, throttle position, engine coolant temp, engine load, air flow rate, spark timing, air/fuel ratio, battery voltage, and oxygen sensor voltage.  You can also set audible alarms, to have the device beep at you if you exceed a top speed, or a max accel/decel rate. 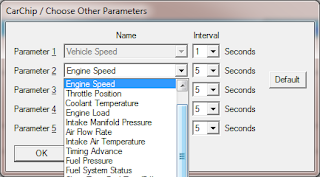 For my testing, I plugged it into my 2007 (which would be using CAN OBD-II), and drove a few trips.  I also induced two powertrain diagnostic faults: I loosened my fuel cap, and for a short time, disconnected my intake air temp sensor (IAT). 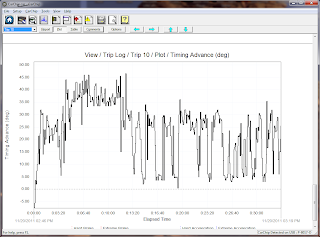 After removing the device and downloading the data to my PC, I was able to use the software to plot the recorded channels, and the device properly logged two DTCs, one for evaporative emissions (P0456) and one for the IAT circuit test failure (P0113).  By clicking on a menu choice, you can tell the CarChip to clear the codes next time you plug it into your vehicle.

Overall, I liked the CarChip, and I would recommended for several use cases.  A hobbyist or fleet owner who wants a low-cost way to log mileage, driving style, fuel economy, etc. would do well with a CarChip if they don't mind plugging into it every so often to download the data.  It could also be useful to someone who wanted to program it as a "trainer", to teach themselves (or their kids) not to accelerate too hard or brake too abruptly, to teach a high fuel economy driving style.

However, I wouldn't necessarily recommend this as a primary diagnosis tool, for example to debug DTCs or do performance tuning, because of its offline nature.  Someone who wanted to quickly determine why they have a Check Engine lamp, and perhaps check some of their engine control sensor values as part of the debug would be better off with an interactive scan tool.  Also, the relatively slow 5s sampling rate may cause users to miss some aspects of the engine performance, such as sudden lean fuel excursions or speed fluctuations.

My advice to Davis, to improve this product, would be to add a "live mode" which pulls the OBD data in real-time via the USB, and to add some sort of wireless interface so that the data can be monitored and downloaded via bluetooth without having to plug into the unit directly.

Pros:
Cons:
* Davis provided me with a sample unit, however I recieved no compensation for this review. 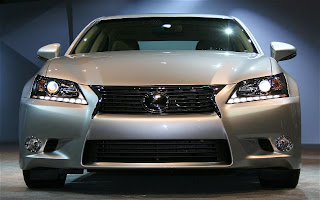 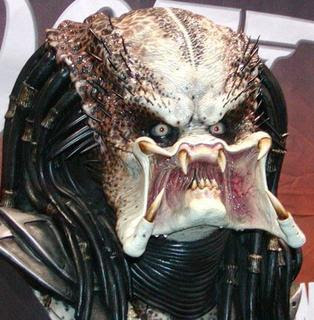 Saw this hilarious billboard on the outskirts of Pontiac the other day.  Rough neighborhood, I guess. 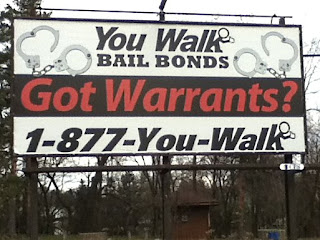 Coda: Does Anyone Care?

The Coda is an all electric sedan built on a Chinese copy of a Mitsubishi compact sedan chassis, stuffed with batteries and electric motors.  It looks cheap.  But it will cost $40,000 like the Focus BEV, Chevrolet Volt, and Nissan Leaf high trim model.

Does anyone really want one at this price?
Posted by Unknown at 9:16 AM No comments:

What are you looking﻿ at? Uh!?

What are you looking at?! (slap)

Are you undressing me with your eyes?

Do you feel lost thinking that I could be yours forever?

(by the way has a slightly non-italian accent)

NYC has finally had enough of the Occupy Wall Street crowd in Zuccotti park.  A judge has denied a lawsuit for a restraining order against NYPD, on the grounds that

To the extent that  City law prohibits the erection of  structures,  the use of  gas or  other
combustible materials, and the accumulation of  garbage and human waste in public places,
enforcement of the law and the owner's rules appears reasonable to permit the owner to maintain its
space in a hygienic, safe, and lawful condition, and to prevent it from being liable by the City or  others
for  violations of  law, or  in tort.  It  also permits public access by those who live and work in the area
who are the intended beneficiaries of  this zoning bonus.

The movants have not  demonst rated that  they have a First  Amendment  right  to remain in
Zuccotti Park, along with their tents, structures, generators, and other installations to the exclusion
of the owner's reasonable rights and duties to maintain Zuccotti Park, or to the rights to public access
of  others who might  wish to use the space safely. Neither have the applicants shown a right to a
temporary restraining order that would restrict the City's enforcement of  law so as to promote public
health and safety.

Presumably, now the NYPD will begin moving the squatters out of Zuccotti park, so that the damage can be repaired.
Posted by Unknown at 6:06 PM No comments:

EVs Should Be Loud

Today, while crossing a busy grocery store parking lot, I was really startled by a silent Prius driving accross my path.  Since I didn't hear a noise, I didn't expect to see it moving near me.

I'm coming down on the side of noise pollution here.  EVs (BEVs or HEVs in electric mode) should make some sort of noise, loud enough for a pedestrian to hear within about 15 feet or so.  Silent cars are not as safe.
Posted by Unknown at 1:45 PM 5 comments:

The End of Saab (Again)?

This might be the be the end for Saab.  GM is stating that it does not support the sale of Saab to two Chinese auto companies.  Without financing, Saab is likely to be liquidated by the Swedish courts, a process that was suspended when Saab made a deal to sell itself.

I have friends who own Saabs, and I wonder what will happen to them as far as vehicle service and replacement parts go.  Perhaps someone will step up and buy the parts inventory, if there is money to be made in service.  Some Saab models are really re-badged GM or Subaru vehicles, so those likely can be serviced at those dealerships.
Posted by Unknown at 1:18 PM 1 comment:

Smug Prius owner goes apesh*t because a guy is idling his diesel pickup in an adjacent parking spot.
http://www.youtube.com/watch?feature=player_embedded&v=CVdMySWfAIQ#!
Posted by Unknown at 1:07 PM No comments: